The Ethics of WikiLeaks and the CIA

enh97 March 6, 2017 Business & Society, Uncategorized Comments Off on The Ethics of WikiLeaks and the CIA 790 Views 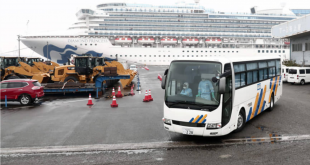 Source and Date: Washington Post published on Tuesday about WikiLeaks that show that The CIA has been hacking into TVs, smartphones, and even cars to spy on the owners.

Brief Summary: On Tuesday, WikiLeaks released documents that detail the ways in which the CIA has been hacking different types of technology to spy on users. In these documents it is shown that the CIA has been able to bypass encryptions in communication apps like WhatsApp by hacking into the individual phones. Before this round of WikiLeaks, all of these hacking systems were seen as “theoretical vulnerabilities” but are now described as “functioning attack tools.” Something specifically startling from this release is the description of a tool called “Weeping Angel.” On Samsung SmartTVs, once Weeping Angel has infested the TV, there is a setting of “Fake-Off” where the screen appears to be off but continues to recording conversations in the room and sending them over the Internet to a covert CIA server.

Additionally, the CIA documents show that there has been testing ways to infect vehicle control systems for cars and trucks, which WikiLeaks implies could be used for “nearly undetectable assassinations.”

WikiLeaks “said that by [the CIA] developing such intrusive technology — rather than helping tech companies patch flaws in their products —[they are] undermining efforts to protect the cybersecurity of Americans.

This all seems like something out of a movie to me.

Related to the Course: Related to the course because it is a huge ethical concern. Additionally, the call from WikiLeaks, companies, and cybersecurity leaders for the CIA to have acted as whitehatters is similar to what we have discussed in class. Being a whitehatter would mean that the CIA would have alerted companies to the vulnerabilities in their systems so that the companies could fix it.

Opinion on the Issue: We don’t have all the specific details on who the CIA was watching but it is obviously concerning. I am also concerned with WikiLeaks releasing all this information and ways it could be used as weapons to the public because it could be used against the U.S. now.

Discussion Question: My question is first

-if the CIA acted ethically (are there some people that should be watched by our government? How would they be selected and determined?) BUT ALSO

-should WikiLeaks have revealed this information (since it highlights company’s vulnerabilities as well as was tools to hack the companies products)? 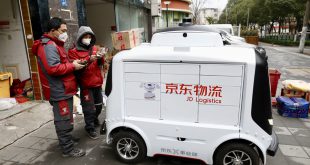 JD is recruiting 20,000 people who can’t work because of Wuhan coronavirus